The old Kate would eat the new Kate.

In June 2013 I was brought a month pass at the Ryland centre as a birthday present from my mum, it was a month before my wedding. I went a few times to the gym and lost a few pounds. I went on to get married and then decided to rejoin in December 2013.
I started in the gym, I then added some classes, then some bootcamps, then some master classes, then some trial classes, before I knew it I was having PT and had tried all of the instructors classes.
Back when I was a kid the Ryland brought me nothing but fear, it was my high schools sports day venue and I hated sport! Now I run the track, I run it out of choice for fun.
The Ryland Centre has made me a happier, healthy person, I go now for the friendship as well as the added bonus of exercise.
If you are willing to get involved I can't recommend this place more, the team headed by Chelle are more than accommodating and you will not regret coming along. Here's me in January 2013 vs me July 2015.
Thank you to all of the Ryland Team and all of Team Ryland! Each and every single one of you are amazing!!
Back to testimonials 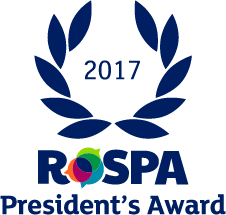 We would to stay in touch with you

Subscribe to our newsletter to receive regular updates of latest news, special offers and inspirational stories.

Complete our survey to win a month of ONE Card membership

We are working together with Sandwell MBC to get some feedback from our customers. Help us improve our services by completing our survey, and you can be entered into a prize draw to win a month's free ONE Card membership.